A series of articles on the SM compared to other GT's

Gran Turismo, in Italian, is probably the origin of the shortening GT.  Very likely even, since it is generally believed that the Lancia Aurelia is the first true GT and that is an Italian car.
Wikipedia also states that the term Gran Turismo is of Italian origin. Well, Italian is a Latin language and then it can happen that in another Latin language the words are almost the same.
So in French it is Grand Tourisme. As the French were later with the concept, I think it is unlikely that the term was coined in France. It may just be that the French have a different look on the matter.
In English, GT stands for Grand Tourer. That expresses also just fine what a GT is about: more for fun than functional. 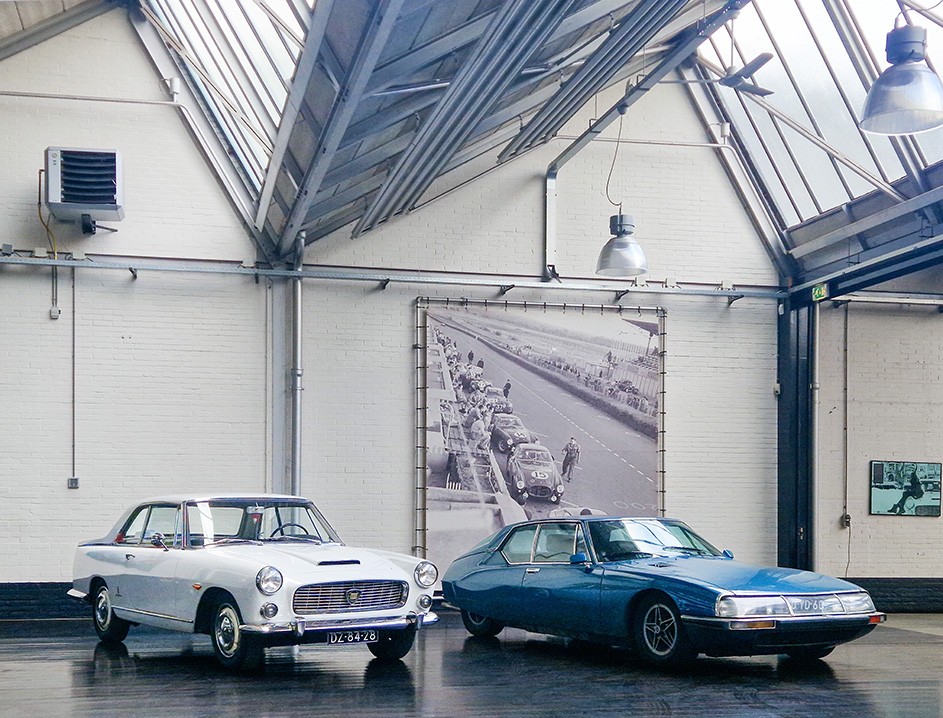 When I wrote the introduction of our member Michiel van Hunen in our club magazine, I got the idea to make a series for SublieM about the comparison of the SM with other GTs. In fact, one of the intruduction-questions is what other automotive goodies a new member has. Michiel has a Fiat 2300 coupe S. I once suggested to make an article about a comparison with this car. And well, then the ideas just bubbled up. I went on the internet and dug around in my memory to see what other GT's I could think of. The question arose what the criteria should be for a comparison with the SM as a GT. How nice it is as a writer to be able to determine that for myself!?
I define a GT as follows. As far as I am concerned, a GT is about a prestigious model with its own body, refined and with good design. It is also a two-door car with a potent engine. In fact, GT's are built to cover long distances quickly and comfortably. The latter premise, I believe, must be placed at a time when the highway phenomenon was being rolled out across the globe and at a time when road hazards were not an issue. That being said, GTs are still being built, even now that the highway phenomenon is not so fast. Because of the comparison with the SM, the series is about GTs with four seats. 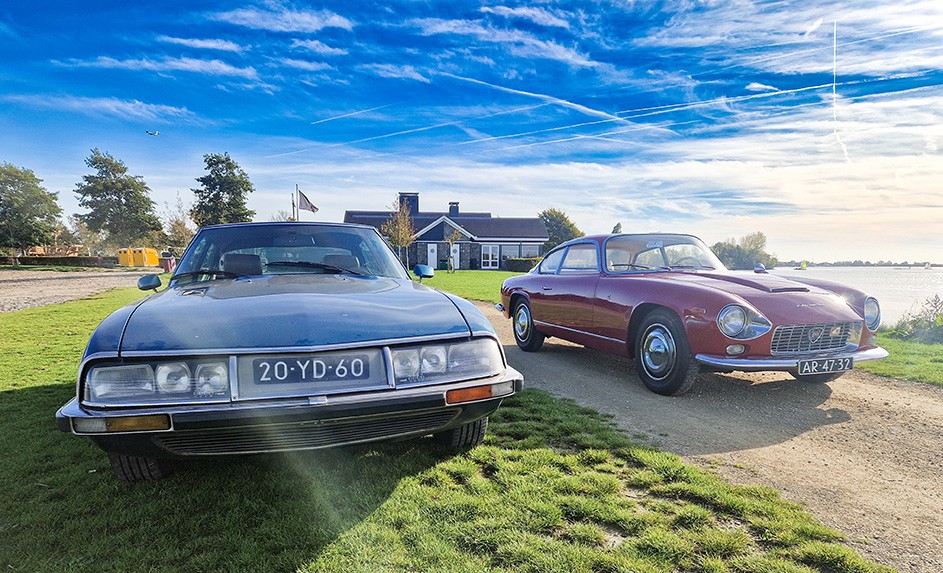 So I leave out the 'one-of's' and the very limited edition GT's built by Italian coachbuilders. The Lancia Flaminia Sport Zagato is a borderline case in that regard. Almost 600 of them were made in two series. In doing so, it is a personal favorite. At one time, the Aston Martin DB5, the Jaguar E-type coupe series I and the Citroën SM shared first place as the most beautiful production car. Meanwhile, there is no longer a shared first place. They are now in shared second place. After the Lancia Flaminia Sport Zagato. 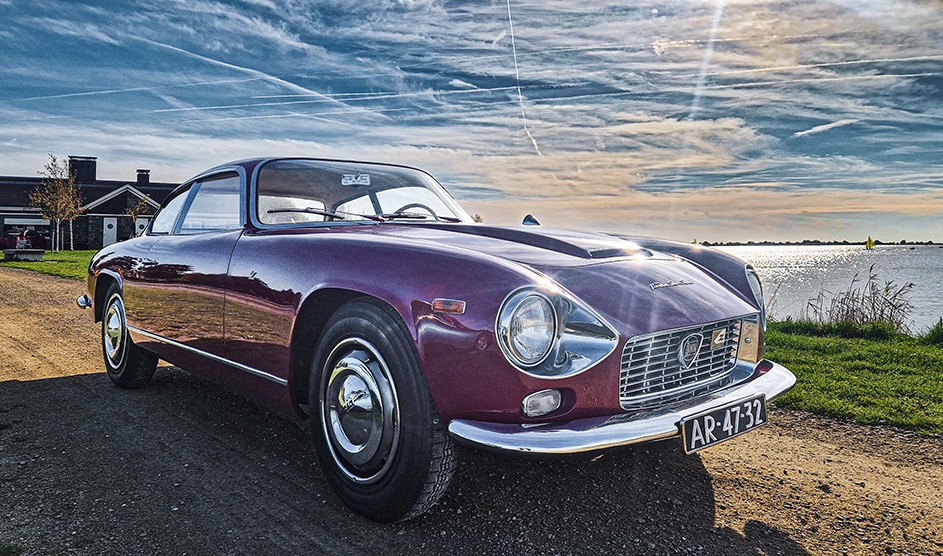 Furthermore, most GT's are hatchback coupes.  A hatchback is a body shape where the driver's compartment is in 'open' connection with the trunk. The luggage compartment in these cars is not a separate enclosed trunk like in a sedan. Still, as far as I am concerned, including 'hatchback coupe' in the definition is going too far. After all, there are quite a few GTs with a trunk anyway. Too many cars are typical GT's in other respects. One can think of a handful of cars with a Pininfarina body design that were actually angular and perhaps therefore have a real trunk.

I received a suggestion from one of the participants to include the Reliant Scimitar and the De Tomaso Longchamps / Maserati Kyalami in the series. The former is more of a 'shooting brake' as far as I'm concerned, the latter a 'muscle car'. These are different concepts as far as I am concerned.